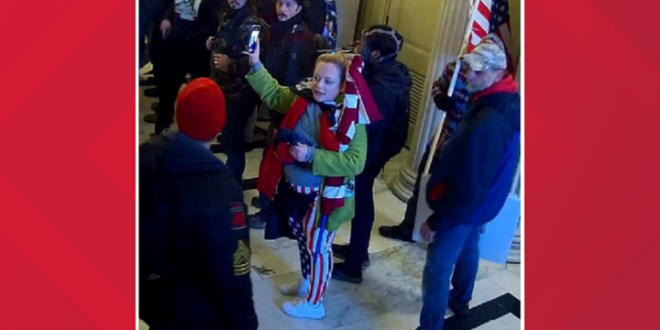 Four NYers Charged In DC Riot After Tips From Public

Four more people from New York have been arrested in connection with the US Capitol riot that took place in January. According to investigators, they received an anonymous tip that Traci J. Sunstrum was observed in a Facebook Live video inside the US Capitol.

The FBI says they received numerous tips from the public that John “Jack” Juran was allegedly involved in riots at the US Capitol on January 6, 2021. FBI investigators used a NYS DMV photo of Juran to identify him in surveillance videos from the US Capitol.

4 more people from New York arrested in connection with US Capitol riot https://t.co/MwBsD03eys

Feds allege Sywaks told agents they did NOT enter Capitol on Jan 6, but court docs allege both men were inside. pic.twitter.com/G4GiKgH722