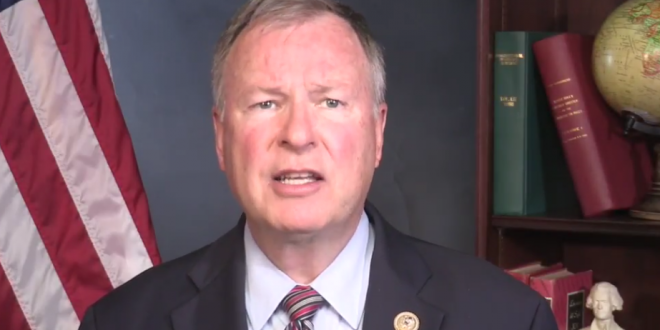 A former staffer is suing U.S. Rep. Doug Lamborn (R-Colo.), accusing the congressman of taking a “reckless” approach to COVID-19, exposing his staff and himself to the virus.

The suit alleges the congressman flouted U.S. House safety rules, ignored warnings about unsafe conditions, and required staff to provide personal favors and tasks for the congressman’s family. The suit also accuses the congressman of sleeping in his congressional office in D.C. after he knew his staffers were exposed to the coronavirus.

The lawsuit also said the congressman allowed his son to live in a storage space in the basement of the Capitol for weeks when his son was relocating to Washington.

Read the full article. Lamborn is accused of banning COVID protocols and calling the virus a hoax. He revealed his own COVID infection in November. Lamborn previously appeared on JMG when he objected to LGBT protections in trade agreements. Last year he called on the Pentagon to reverse rules about soldiers proselytizing to fellow military members. Also last year he joined One Million Moms in calling for the defunding of PBS due to their “sexually deviant” pro-LGBT programming. His first JMG appearance came in 2010 when he called for defunding Sesame Street.