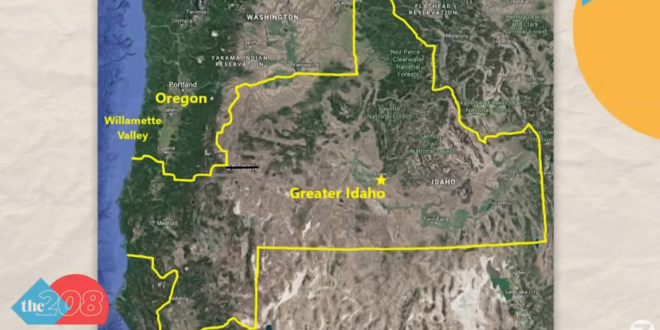 Five counties in eastern Oregon voted for becoming a part of Idaho on Tuesday. Voters approved ballot measures in Sherman, Lake, Grant, Baker, and Malheur counties. No counties voted against. On average, voters were 62% in favor of moving borders to include their counties in Idaho.

Two additional Oregon counties had already voted in favor in November – Union and Jefferson. The ballot measures are a part of an effort to move the Oregon/Idaho border to extend Idaho’s jurisdiction over rural, conservative counties of eastern and southern Oregon.

Actually moving the lines would require a vote from the Oregon legislature, which is firmly controlled by Democrats. Oregon and Idaho would have to strike a formal deal, which would then need to be ratified by the U.S. Congress.

Congress has only approved measures to change state lines on three occasions: Kentucky was carved out of territory previously owned by Virginia in 1792.

Maine was carved out of Massachusetts in 1820. And West Virginia was admitted to the union in 1863, in the midst of the Civil War, as Union counties separated themselves from the Confederacy.

All of the counties voted overwhelmingly for Trump, unlike most of the rest of Oregon.

Previous Colonial Pipeline CEO: Paying $4.4 Million Ransom Was The Right Thing For The Country, I Didn’t Do It Lightly
Next Netanyahu Rejects Biden’s Call For “De-Escalation”