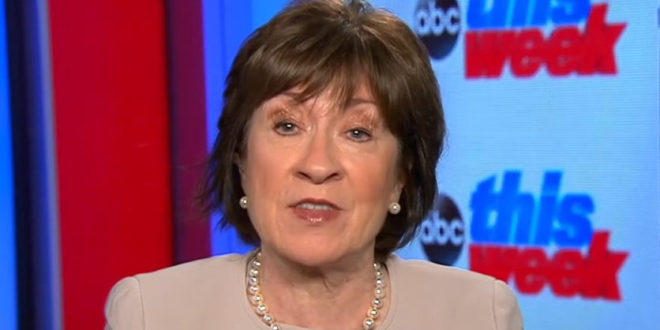 The FBI is investigating what it describes as a massive scheme to illegally finance Sen. Susan Collins’ 2020 re-election bid.

There’s no indication that Collins or her team were aware of any of it. Collins helped the contractor at issue, then called Navatek and since renamed the Martin Defense Group, secure an $8 million Navy contract before most of the donations took place.

New: the FBI is investigating what it says is a scheme to illegally funnel six-figure sums from a Hawaii defense contractor to Susan Collins’ 2020 campaign and a super PAC supporting it https://t.co/JUUwQy0Wa9

Maybe we should be “concerned”

The FBI is investigating illegal “straw” donations to Susan Collins’ super PAC from Navatek—a federal contractor barred from political giving that she helped get an $8M contract—after @CampaignLegal‘s complaint over a mysterious LLC giving the super PAC $150k weeks after forming. https://t.co/BLwiZ9sghc