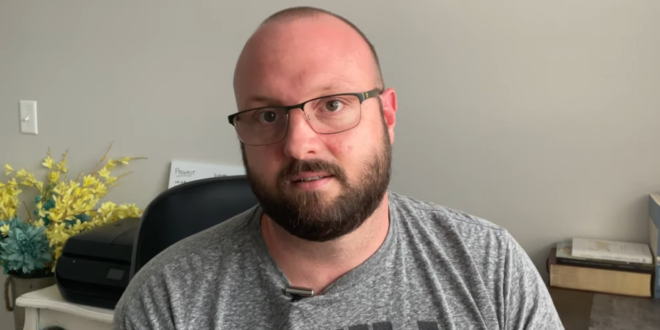 Minnesota-based realtor Matt Moore, who is a Christian, said Friday he is allowing his real estate license to expire due to his beliefs on LGBT issues. “My current broker will not allow me to continue working under her if I continue to speak publicly about LGBTQ+ issues,” he told Faithwire. Moore first announced the development Friday morning, asking his Twitter followers to pray for him and his wife, Tabitha Piper Moore.

Moore, who has been open about his own struggle with same-sex attraction and indicated he does not speak to his personally held beliefs while working with clients, first addressed this issue in early December 2020, when he published an open letter to the National Association of Realtors (NAR), which had recently updated the language in its code of ethics in a way he argued could spark “discrimination against Christian realtors.”

RELATED: I’m not sure if it’s the same guy, but longtime JMG readers may remember the saga of “ex-gay” Matt Moore, who in 2013 was busted cruising on Grindr in New Orleans at the same time he was writing viciously anti-LGBT columns for the Christian Post. He later claimed that he had sold his computer and installed a filter on his phone in order to avoid temptation. I’ll leave it up to you sleuths to figure out if this is the same Matt Moore.

Would you pray for my wife and me as we seek God’s will for what’s next? This week my broker informed me that I cannot continue to talk publicly about Christian views re: LGBTQ+ issues if I want to remain with this brokerage.
As of July 1st, I will no longer be a realtor. 1/

There are other brokerages in town. But there is widespread uneasiness about real estate agents talking about LGBTQ+ issues in the public sphere due to @nardotrealtor‘s recent change to the Code of Ethics. I wrote about this six months ago. 2/ https://t.co/jjoF428GbX