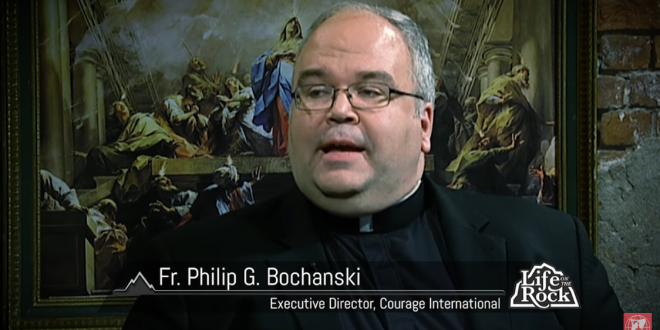 “Saint Joseph: Model of Courageous Love” is the theme of Courage International’s 34th Annual Conference, which will take place at Benedictine College, Atchison, Kansas, from July 15 to 18, 2021. The annual conference draws members of Courage – adults who experience same-sex attractions and desire to live a chaste life – and EnCourage – family members and friends of people who experience same-sex attractions or gender identity discordance – as well as clergy, religious and laity who serve in pastoral ministry to this community.

Inspired by Pope Francis’s proclamation of the Year of Saint Joseph, this year’s conference theme draws on aspects of the life of the foster father of Jesus that will inspire members of Courage and EnCourage. “For the men and women of Courage, Saint Joseph is a shining example of chaste love, of total acceptance of God’s will, and of perseverance in pursuit of virtue, even when it requires great sacrifice,” said Father Philip Bochanski, executive director of Courage International.

Courage last appeared on JMG in October 2020 when they declared that no matter what Pope Francis says, only heterosexual unions are “morally good.” They were responding to an Italian documentary in which the Pope appeared to endorse civil unions for gay couples. The Vatican later claimed his comments were taken out of context. The son of late Supreme Court Justice Antonin Scalia, Father Paul Scalia, is the founder of a Virginia chapter of Courage.