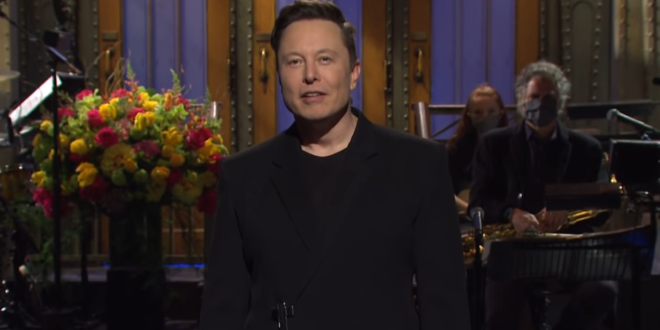 Elon Musk marked his “Saturday Night Live” hosting debut by making a series of self-deprecating jokes and addressing controversy he’s attracted over the years over his behavior and Twitter posts.

“To anyone I’ve offended, I just want to say, I reinvented electric cars and I’m sending people to Mars in a rocket ship,” the SpaceX owner and Tesla CEO said. “Did you think I was also going to be a chill, normal dude?”

He stumbled nervously — albeit somewhat endearingly—through the rest of his scripted speech, sharing his “vision for the future” (“renewable energy” and how “humanity must be a multi-planetary, space-bearing civilization”), and poking fun at his habit of making 4/20 and 69 jokes on Twitter.

For what it’s worth, it’s a distortion for Musk to say that people have mostly taken issue with his silly pot-smoking and sex jokes on Twitter; rather, people have been critical of his anti-union tweets, the time he accused a hero diver of being a “pedo guy,” mocking gender pronouns, and his COVID misinformation-spreading.

“Saturday Night Live” kicked off the show with a celebration of Mother’s Day as the cast introduced their mothers during the Cold Open. Miley Cyrus provided a fitting soundtrack as she belted out Dolly Parton’s “Light of a Clear Blue Morning.”

The introductions ranged from heartwarming to hilarious as the moms of “SNL” had their moment in the spotlight. Kate McKinnon helped her mom with her Mary Katherine Gallagher impression, a character created by former “SNL” cast member Molly Shannon.