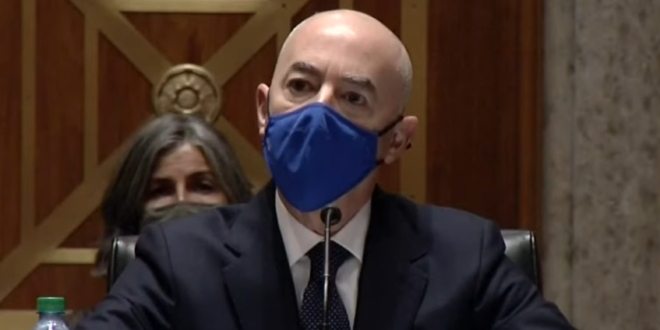 U.S. government officials monitoring the airways say they won’t tolerate passengers who refuse to don masks as airline travel surges ahead of the summer season.

A recent spike in unruly passenger reports, many of them involving people refusing to cover their faces, prompted Homeland Security Secretary Alejandro Mayorkas on Tuesday to issue a stern warning to travelers.

“Let me be clear in underscoring something,” Mayorkas said at a press conference at Washington Reagan National Airport in Virginia. “It is a federal mandate that one must wear a mask in an airport, in the modes of public transportation, on the airplane itself — and we will not tolerate behavior that violates the law.”

The secretary of Homeland Security says officials “will not tolerate” passengers who refuse to wear masks on planes and in airports, issuing a stern warning ahead of the start of the summer travel season https://t.co/Ih5Gw04R9E