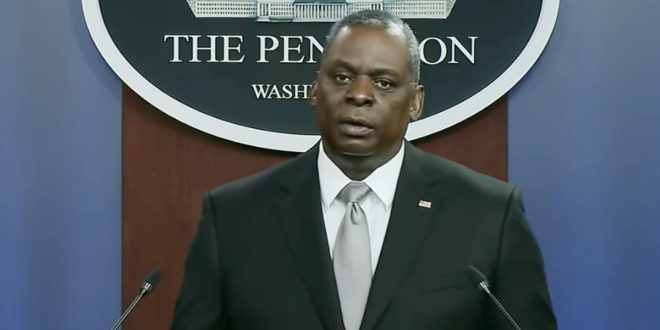 Defense Secretary Lloyd Austin is set to deliver the keynote address for an upcoming event at the Pentagon recognizing Pride Month, the Washington Blade has learned.

The event, which is scheduled to take place in the Pentagon auditorium on June 9, is coordinated by DOD Pride, the affinity group for LGBTQ civilian and military employees at the Defense Department.

A defense official familiar with the event said Austin will deliver the keynote address at the event. Lisa Lawrence, a Pentagon spokesperson, confirmed via email to the Washington Blade the secretary will be there.