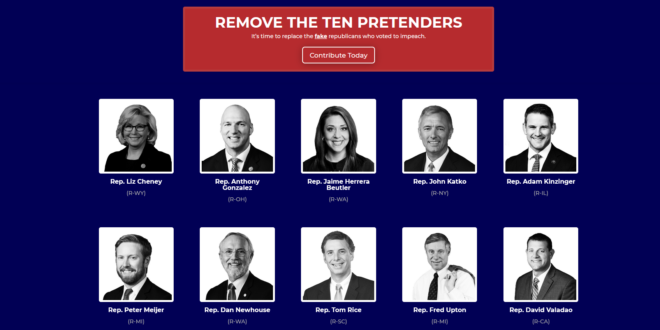 A handful of Donald Trump campaign alumni have formed a new group to try to unseat the 10 Republican House members who crossed party lines to vote to impeach the former president earlier this year, Axios has learned.

Trump’s faithful are starting to build the infrastructure to keep the GOP in thrall to the 45th president. What’s new: America Strong PAC officially formed early this month. Jack Mantua, who was the Trump campaign’s executive director of strategic coalitions, is treasurer.

Read the full article. According to Axios, donors are being lined up by homocon Bill White. You may recall the 2018 New York Times report on how White and his husband abandoned a lifetime of liberal advocacy to join the cult. The PAC’s first ad against Liz Cheney is below.