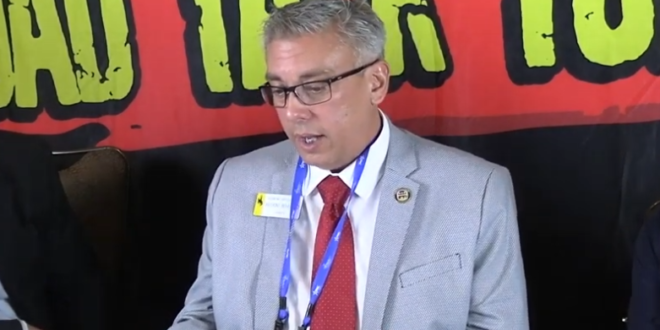 Cultist GOP Cheney Challenger Says He Impregnated 14 Year-Old When He Was 18: “It’s Like Romeo And Juliet”

U.S. House candidate Anthony Bouchard had a relationship with and impregnated a 14-year-old girl when he was 18, he told the Star-Tribune late Thursday, hours after he disclosed the relationship in a Facebook Live video to his supporters.

Bouchard, who did not specify the girl’s age in the video, said he went public with the information to get ahead of the story after learning that people were investigating it in opposition to his candidacy.

A Wyoming state senator since 2017, Bouchard has risen in prominence since announcing he would challenge Rep. Liz Cheney following her vote to impeach then-President Donald Trump.

Bouchard says he married the girl when she was 15, which was legal at the time in Florida with the permission of a judge if a pregnancy was involved and if the girl’s parents consented.

They divorced three years later and the girl killed herself at the age of 20. Bouchard says he raised their son, but that they’re now estranged because he made “some bad choices in his life.”

A House GOP candidate in Wyoming says he impregnated a 14 y/o when he was 18.

“She was a little younger than me, so it’s like the Romeo and Juliet story.”https://t.co/KZNKD5TzH7