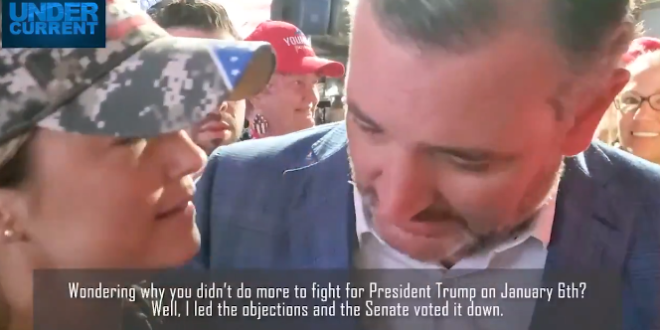 Cruz Tells Woman: I Did My Best Overturn The Election

Sen. Ted Cruz (R-TX) found himself incredibly close to a maskless supporter on Friday, as she pressed him about his efforts to overturn the election. “Wondering why you didn’t do more to fight for President [Donald] Trump on January 6th?” she asked. Cruz then claimed that he led the objections to President Joe Biden’s victory, adding that the Senate voted it down. “But you could have done more. I mean, we all know that Joe Biden didn’t win this election,” she added. “I know in my heart of hearts that Joe Biden did not win this election.”

NEW VIDEO: @TedCruz wants you to know that HE led the effort to overturn the election in the Senate… take that, Josh Hawley! pic.twitter.com/eadMdgbc1B