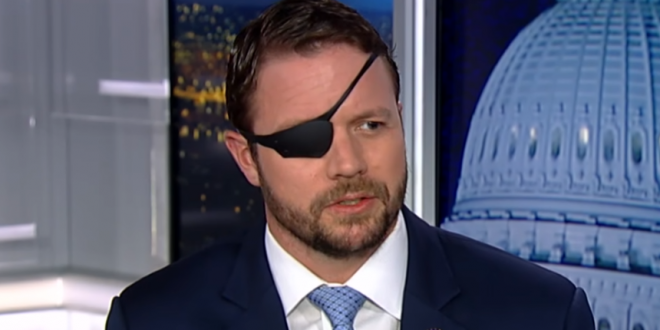 Crenshaw: Trump Isn’t The Devil And He’s Not Jesus

“You’re not going to excommunicate a former president, right? And I refuse to — I refuse to go into the sort of black and white thinking about it’s either totally one thing or totally the other.

These are complex human relationships that involve millions of people Look, I do not think Trump is the devil, and I won’t say that. I don’t think he’s Jesus either, you know?

“And I refuse to allow this drama to engulf us.” – GOP Rep. Dan Crenshaw, in a heated interview in which he refused to say if he thinks Trump is the “legitimate leader” of the GOP.

WATCH: Rep. Dan Crenshaw (R-Texas) says Republicans can’t “ex-communicate” former President Trump, but that he won’t go into “black and white thinking.”@RepDanCrenshaw: “I do not think Trump is the devil. And I won’t say that. He’s not Jesus other.” pic.twitter.com/vJxj93jgnW

Previous County Clerk Tipped Off Police After Man Accused Of Killing Wife Signed As Witness On Her Vote For Trump
Next Netanyahu: That AP Tower Was A “Legitimate Target”