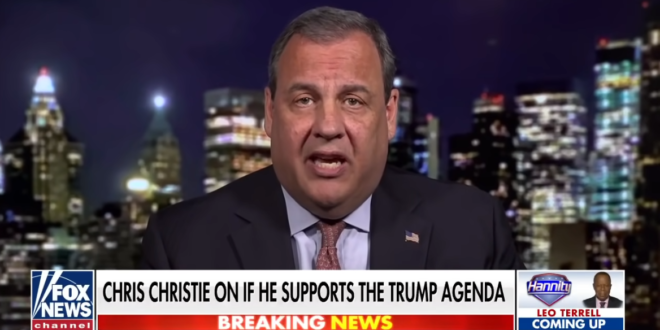 Chris Christie said on Fox News Friday night he would give Donald Trump’s presidency an A grade. Christie repeatedly called out Trump over his false and completely ridiculous claims about the 2020 election.

He even said rather directly on January 10th that Trump should be impeached for incitement to insurrection, after an angry mob of Trump supporters stormed the Capitol over the former president’s false statements.

Sean Hannity asked the former New Jersey governor what grade he would give Trump’s presidency. “Overall I give the president an A,” Christie said.

Read the full article. Christie also told Hannity that he won’t rule out running for president in 2024.

Chris Christie Says He’d Give Trump an ‘A’ Grade: What Happened at End of His Presidency ‘Clouded His Accomplishments’ https://t.co/KRmzdCOcEk