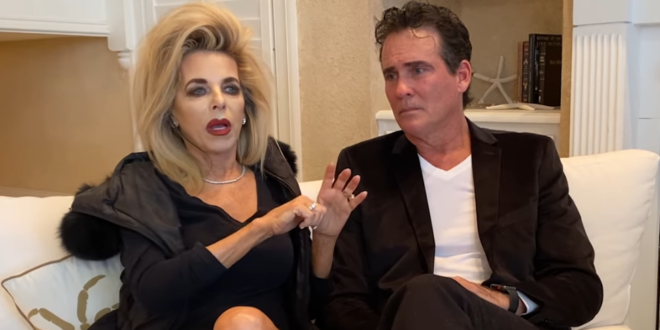 Seven people are presumed dead after a small plane crashed on Percy Priest Lake on Saturday, while it was heading from Smyrna to Palm Beach International Airport in Florida. Dive teams from local emergency agencies found human remains and pieces of the plane that crashed on Percy Warner Lake. According to the Federal Aviation Administration website, no one on that flight was qualified to fly the plane.

Rutherford County government confirmed seven people on board on Saturday night’s flight, including William J. Lara, Gwen S. Lara, Jennifer J. Martin, David L. Martin, Jessica Walters, Jonathan Walters and Brandon Hannah. Gwen Lara, 66, was founder of the Remnant Fellowship Church and author of “The Weigh Down Diet,” a program based on “helping people turn away from the love of food and toward a love of God,” her website says.

Her books brought her thousands of devoted followers but also controversy. She claimed that she found support for her ideas — especially her belief that genetics do not play a role in weight loss — by looking at the starvation of Jews in Nazi concentration camps. “How in the Holocaust did you have all these people getting down real skinny? They ate less food,” she told CNN’s Larry King.

She downplayed the for-profit nature of her enterprise. “This money, half of it goes to the government, the other half goes to keep it going so someone else can be helped,” she told King. But she also lived a lavish lifestyle. NewsChannel 5 quizzed her about her claims in that 2001 interview. “Half and half leaves nothing for Gwen. That’s not completely true, is it?” we asked. She responded, “Yes, it’s completely true.”

According to the above-linked article, Lara has faced accusations that her ministry was a cult. When asked if she considered herself a prophet, she said, “I don’t know what my gift name is.”

In 2003 two of her followers were convicted of murdering their child after allegedly following her instructions on disciplining children.

Her husband, William “Joe” Lara, played Tarzan in a 1996 series that ran for 22 episodes and resulted in a spinoff TV movie, Tarzan In Manhattan.

Gwen Shamblin Lara, the extremely controversial founder of Remnant Fellowship and a proponent of a Christian approach to weight loss, perished Saturday in a plane crash along with her husband, onetime TV Tarzan Joe Lara, and five others. https://t.co/jP5nUmseLn