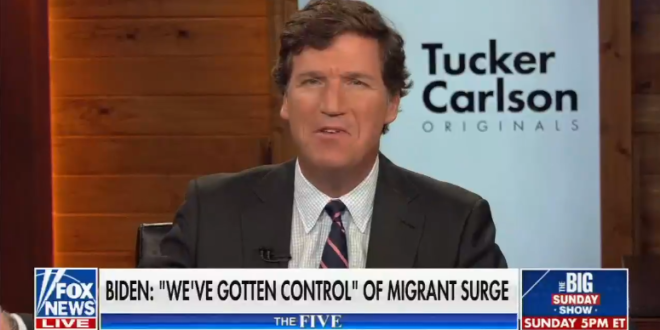 Carlson: Dems Are “Diluting” Your Vote With Migrants

“They only care about stacking the electorate. By the way, immigration reform — the Reagan amnesty of ’86, led to — a Republican amnesty — led to a massive flood of illegal immigration.

“So that — that’s what they want. They want to change who votes, so they win. They’re diluting the votes of Americans, of all background, and that is an attack on democracy, period. This is it — we’re watching it.” – Tucker Carlson, yesterday on Fox News.