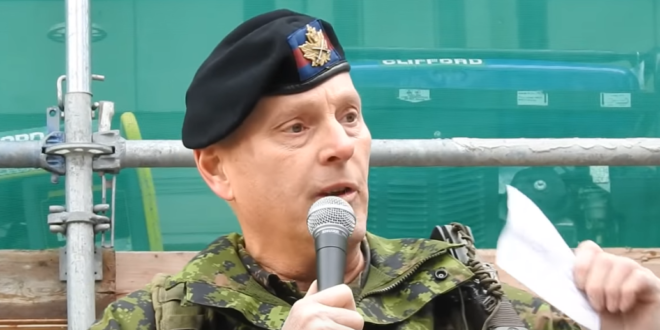 A soldier who called on his fellow military personnel to refuse helping with the distribution of COVID-19 vaccines has been charged with an offence related to mutiny. It’s believed to be the first time in decades that the Canadian military has laid such a charge.

Kenderesi had appeared at an anti-lockdown rally in December in Toronto dressed in his Canadian Forces uniform and speaking out about the COVID-19 vaccine, claiming it was a “killer.”

Read the full article. A GoFundMe drive for his legal defense has so far raised just C$605.