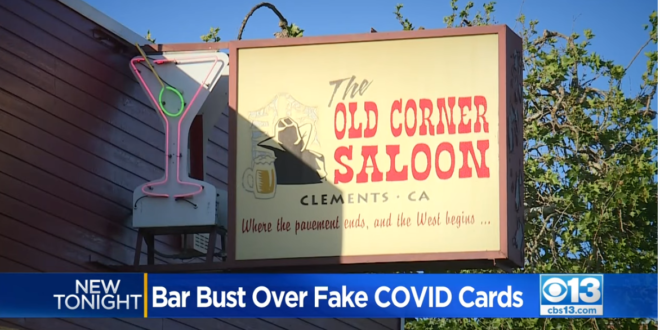 A bar owner was arrested Wednesday over allegations that he was selling fake Covid-19 vaccination cards at his establishment in California. Charges against Todd Anderson, 59, include identity theft, forging government documents, and falsifying medical records, according to a statement from San Joaquin District Attorney Tori Verber Salazar.

An investigation was opened after California’s Department of Alcoholic Beverage Control received a complaint about fake cards being sold at the Old Corner Saloon in Clements, about 40 miles southeast of Sacramento. Anderson was also found with a loaded unregistered firearm, a felony, during his arrest.