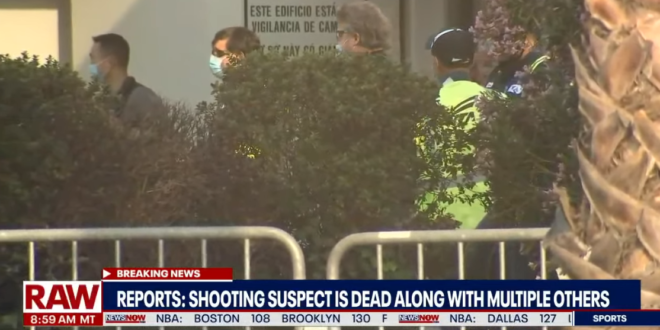 Multiple people are dead in a mass shooting early Wednesday morning near a VTA light rail yard and the Santa Clara County Sheriff’s Office, according to sources. The shooter is also dead, sources said. The reported shooting occurred in the area of the 100 block of W. Younger Avenue and San Pedro Street, according to Twitter messages from San Jose police and the Santa Clara sheriff’s office. The first reports of the shooting came around 6:34 a.m.

LARGE police response in San Jose to shooting near the Vta yard. This is the view from Hedding and Younger pic.twitter.com/plqldCKYh9

Units are currently at the scene of a shooting in the area of Younger Av and San Pedro St.

This is still an active scene and we ask that everyone stay out of the area while we conduct our investigation.