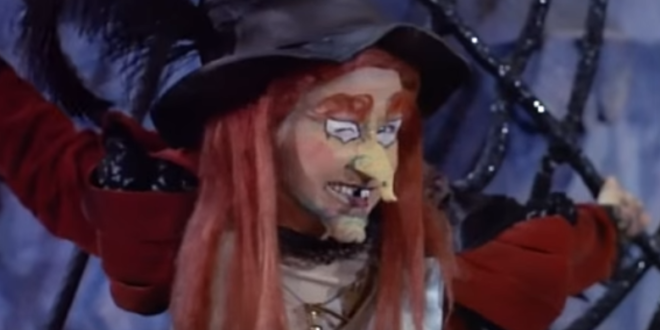 Billie Hayes, whose portrayal of the flamboyantly and comically wicked witch Witchiepoo on the 1969-70 Saturday morning live-action children’s classic H.R. Pufnstuf, died of natural causes April 29 at Cedar’s Hospital in Los Angeles. She was 96. A Broadway veteran by the time she reached national fame as the flute-stealing nemesis to a psychedelic dragon, Hayes had starred as Mammy Yokum in both the Broadway and film versions of the popular late-1950s musical Lil’ Abner.

Previous Prophet: In Heaven You Travel By Flying Cars & Bubbles
Next CHATTER AWAY: Overnight Open Thread