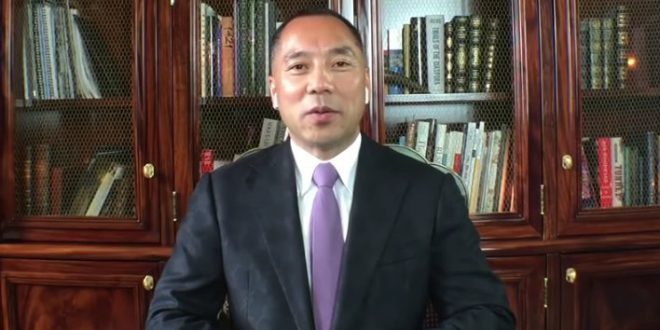 The report, provided in advance to The Washington Post, details a network that Graphika says amplifies the views of Guo, a Chinese real estate developer whose association with former Trump White House adviser Stephen K. Bannon became a focus of news coverage last year after Bannon was arrested aboard Guo’s yacht on federal fraud charges.

Before Bannon’s arrest on Guo’s yacht, the pair made news when they hired half a dozen banner planes to fly anti-China messages around the Statue of Liberty.

Bannon and Guo claim to be operating a Chinese government-in-exile they’re calling the New Federal State of China.

In October, Guo was accused of sending operatives to threaten competing Chinese dissidents in the US.