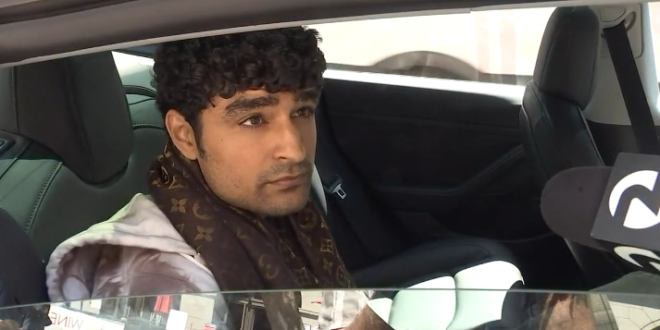 The San Francisco man infamous for posting social media videos as he rides in the back seat of his Tesla with no one behind the wheel is at it again. He committed the same crime shortly after being released from jail.

Param Sharma met KTVU’s Jesse Gary in San Francisco Wednesday afternoon, not far from his mother’s high-rise apartment. After getting out of jail on two counts of reckless driving, he pulled up sitting in the back seat of a Tesla with no one in the driver’s seat.

When asked if he purchased a new Tesla after the previous one was impounded he said, “Yeah, I’m rich as (expletive). I’m very rich.” Sharma is either committed to the cause of self-driving vehicles or soon to cause a catastrophe.

Authorities had received several calls about a Tesla Model 3 with no one in the driver’s seat traveling east on Interstate 80 across the San Francisco-Oakland Bay Bridge toward Oakland. Sharma had previously been cited on April 27 for similar behavior.

Sharma has posted several videos to his Instagram page showing him in the backseat of the vehicle. He’s become somewhat infamous on social media over the years for posting photos and videos showing off his apparent wealth and extravagant lifestyle.

“I have unlimited money to blow on Teslas. If you take away my Tesla, I will get another Tesla. That’s how it works,” he told KTVU in an interview.