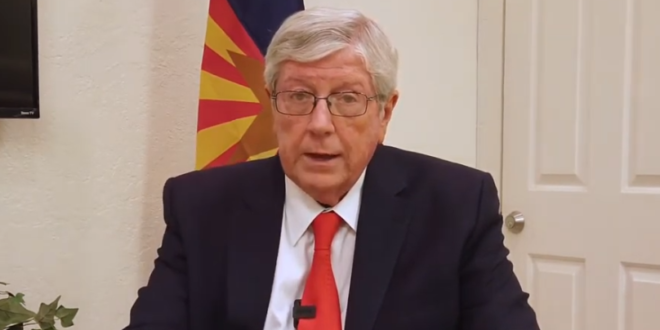 Arizona Corporation Commissioner Jim O’Connor, a Republican who was elected in November, told The Arizona Republic in an interview that the government and news media are covering up deaths and other harms caused by the shots.

“I’m also aware through other information that many people who have taken the shot, many thousands of people here in the U.S., are deceased. And the deceased part is the good news.”

“And please don’t take that out of context. But the alternative to being deceased after the shot, there are something like 40,000 plus recorded cases of people that are now potted plants. They are human vegetables. They’ve lost their ability to function,” he said.

AZ utility regulator @joconnoraz says he is convinced COVID-19 vaccines are turning tens of thousands of people into “vegetables” and explains why he encouraged utilities that employ thousands not to force workers to get the shots https://t.co/JcF95rhlxz