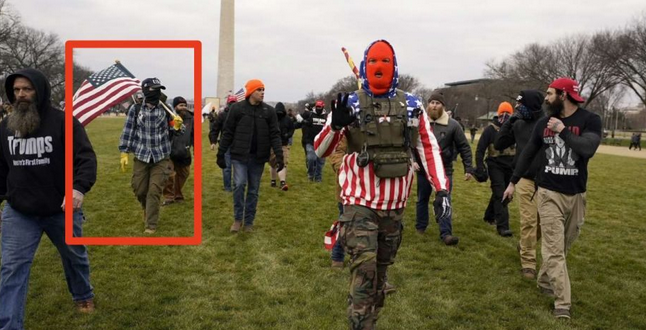 According to the documents, which were filed with the United States District Court for the District of Columbia, Micajah Joel Jackson is accused of Knowingly Entering or Remaining in any Restricted Building or Grounds Without Lawful Authority and Violent Entry and Disorderly Conduct on Capitol Grounds.

Court documents state that agents compared a selfie taken in front of a hotel mirror with a photo that shows Jackson standing in the National Mall while holding an American flag. In the post, Jackson stated the Arizona Proud boys gave him an orange armband. FBI officials believe the color orange was adopted by the Arizona Proud Boys.

#BREAKING: An Arizona man has been arrested in connection with the deadly riot at the U.S. Capitol on Jan. 6, 2021.​ https://t.co/j2cgmcOISV

Feds say Jackson was seen with Proud Boys & was wearing Proud Boys orange band, but argues he is *NOT* member of the Far right group

But — there’s more to this case pic.twitter.com/Oxh2QjtdeT

Feds say they have a screenshot of Jackson’s social media post after Jan 6… in which Jackson claims he has “evidence of BLM, Antifa, DC cops and Non-Trump extremists” caused the mayhem”

Case has just formally been unsealed, per court docket. Jackson was arrested in or near Phoenix