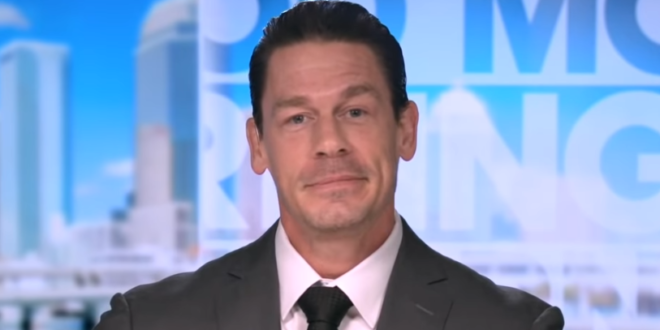 WWE legend John Cena has issued an apology to China for calling Taiwan a country in a recent interview. During a promotional tour for Fast & Furious 9, Cena referred to Taiwan as a country while speaking to TVBS – sparking outrage among Chinese fans.

Cena posted a video message on the Sina Weibo platform clarifying his comments, though not directly mentioning Taiwan or its relationship with China.

Despite his apology, some fans on Weibo were still unhappy. “Please say in Chinese that Taiwan is part of China. Otherwise, we won’t accept it,” wrote one user. “Then you should say Taiwan is China’s!” wrote another.

Cena had said Taiwan would be the “first country” able to view the latest installment of the franchise. In his apology, he said that he’d made a “mistake” because he was dealing with a lot of “information.”

John Cena apologized in Chinese on Sina Weibo after calling Taiwan a country during an interview promoting Fast & Furious 9 pic.twitter.com/dzRKIYgEzL