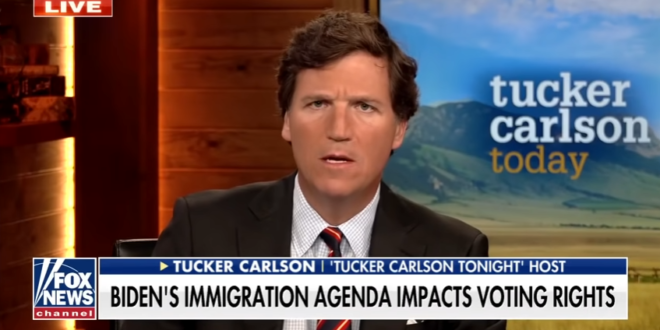 On the April 8 broadcast of Fox News Primetime, Tucker Carlson offered perhaps his most explicit justification yet for the core belief of the so-called “great replacement” conspiracy theory, telling viewers that “Third World” invaders are coming to replace them and reshape their environment, and that they should do something about it.

After the Anti-Defamation League called on Fox News to fire Carlson for his remarks, white supremacist and far-right personalities were quick to make their approval known, celebrating him for broadcasting “what nationalists have been talking about for decades” and defending him against criticism.