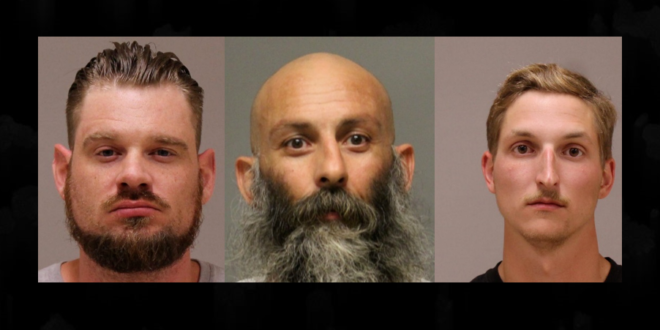 A federal grand jury in Michigan returned a superseding indictment today that adds new charges of conspiracy to use a weapon of mass destruction against three defendants and adds federal firearms violations against two defendants in the case alleging a conspiracy to kidnap the governor of Michigan, Gretchen Whitmer.

According to court documents, Adam Fox, 40, of Wyoming, Michigan; Barry Croft Jr., 45, of Bear, Delaware; and Daniel Joseph Harris, 23, of Lake Orion, Michigan, are charged with knowingly conspiring to use weapons of mass destruction against persons or property in addition to the kidnapping conspiracy charged in October 2020.

The superseding indictment further alleges that Fox, Croft and Harris intended to use the devices to destroy a nearby bridge, in effect, harming and hindering the governor’s security detail and any responding law enforcement officers.

Defendant Ty Garbin entered a guilty plea in December 2020 to the original indictment charging him with conspiracy to kidnap Governor Whitmer. Garbin faces up to life in prison for his conviction and awaits sentencing.

Defendants Adam Fox, Barry Croft, Kaleb Franks, Daniel Harris and Brandon Caserta each face up to life in prison if convicted of the kidnapping conspiracy.

Previous Guilfoyle: Harris Is Secretly In Charge, “I Know This”
Next CT Ends Religious Exemptions For School Vaccines