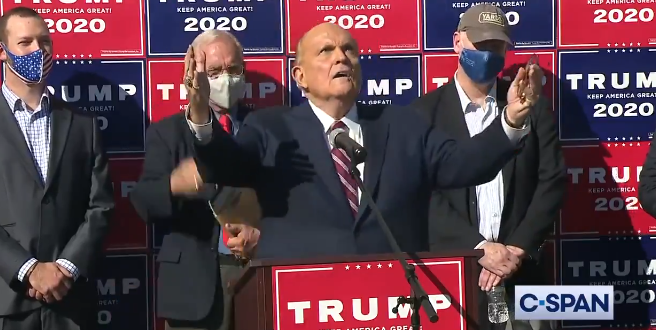 Andrii Artemenko made a star turn in Rudy Giuliani’s controversial Ukraine documentary and once tried to pitch the Trump administration on a plan for peace between Moscow and Kyiv. Now, he says, he’s told the FBI what he knows about the former mayor.

Artemenko, a former Ukrainian parliamentarian, told POLITICO that he has shared what he knows about Giuliani with federal investigators. He added that the FBI reached out to him last year and declined to share further details on his communication with law enforcement.

Read the full article. Artemenko was stripped of his Ukrainian citizenship after he presented Michael Cohen with a “peace plan” that would have leased Crimea to Russia for 100 years. The then-Ukrainian president found that treasonous. Atemenko is a business partner of Erik Prince.

New: Andrii Artemenko, a former Ukrainian parliamentarian, says he has spoken with the FBI about Giuliani https://t.co/Zu1Y0GsUUR