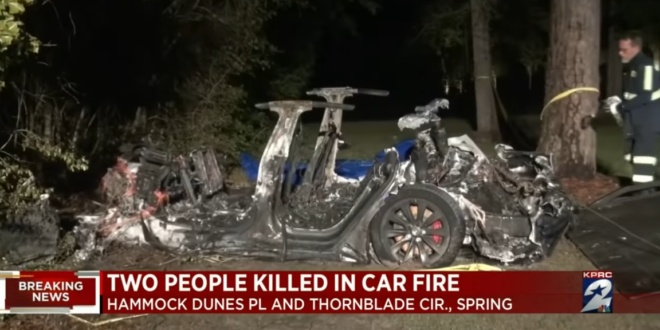 Two Killed In Fiery Tesla Crash: “No One Was Driving”

Two men are dead after a Tesla traveling in Spring crashed into a tree and no one was driving the vehicle, officials say. The crash happened at 11:25 p.m. in the Carlton Woods subdivision near The Woodlands. The car burst into flames after hitting a tree near 18 Hammock Dunes Place.

The Tesla’s high-energy batteries on board continued to reignite as firefighters tried to get to the two people inside.​ https://t.co/Mx5rArNcIC