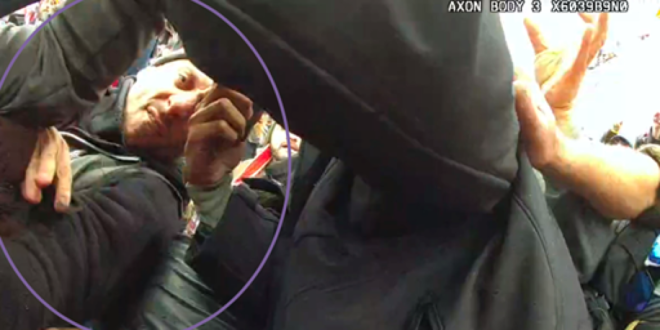 Three accused U.S. Capitol rioters have been indicted for participating in the assault of Metropolitan Police Officer Michael Fanone, who was beaten, Tasered, and robbed of his badge and radio on Jan. 6th. Rioters also attempted to pull out his gun from his holster. Fanone reportedly suffered a mild heart attack that day and spoke about the attack on him to reporters.

The three men accused on Friday of assaulting the officer—Thomas Sibick, 35, of Buffalo, New York; Albuquerque Cosper Head, 41, of Kingsport, Tennessee; Kyle James Young, 37, of Redfield, Iowa—face several charges related the Jan. 6th siege, adding up to 13 counts. An FBI affidavit against Sibick, the lead defendant, contains a gruesome depiction of the attack on Fanone.

“Thank you, but fuck you for being there.” – D.C. police officer Michael Fanone on his response to the few rioters who helped when others were trying to kill him pic.twitter.com/EHKT7QMGvJ

JUST IN: The U.S. Attorney’s Office for the District of Columbia says 35-year-old Thomas Sibick of Buffalo is among three men indicted for allegedly assaulting police officers during riots at the U.S. Capitol on January 6th. https://t.co/IjloFzR1Ie

Thomas Sibick, the Capitol rioter from Buffalo who allegedly assaulted an officer, stole his badge and buried it, has been indicted on 10 charges:
https://t.co/y0gMk21Ggf

Previous Moderna To Have Third Booster Shot Available By Fall
Next White House Allocates $1.7B To Track COVID Variants