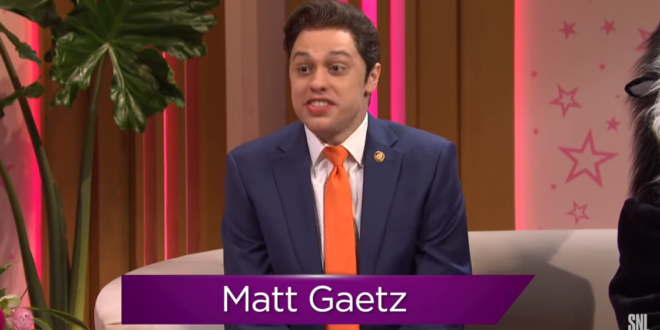 Gaetz, a Republican from Florida, has repeatedly denied the allegations and said they’re part of an extortion plot in which he’s the victim. But on “SNL,” Gaetz was suggested to be “not that innocent” as part of the fictitious Britney Spears show, “Oops, You Did it Again.”

Gaetz was introduced by Spears as “a full-on sex pest.” He appeared and exhibited some of the trademark language of the hypersexual character Glenn Quagmire of TV’s “Family Guy.”