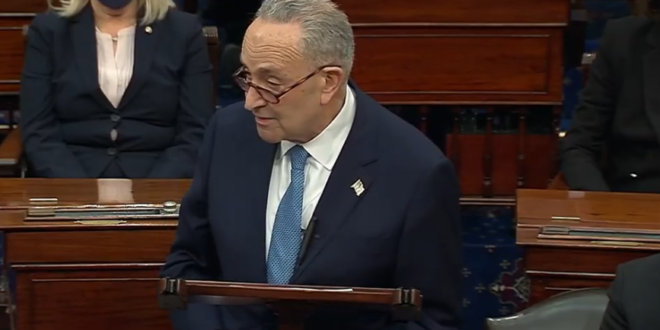 Taking a page from congressional Republicans who in 2017 made liberal use of a once-obscure law to roll back Obama-era regulations, Democrats will invoke the law to turn back a Trump methane rule enacted late last summer. That rule had eliminated Obama-era controls on leaks of methane, which seeps from oil and gas wells.

The vote will be the first time congressional Democrats have used the law, called the Congressional Review Act, which prohibits Senate filibusters and ensures one administration’s last-minute regulations can be swiftly overturned with a simple majority vote in both chambers of Congress.

If the Senate can muster 50 votes on Wednesday, passage in the House next month is considered pro forma, as is Mr. Biden’s signature. And with Donald J. Trump’s regulation out of the way, the Obama methane rule would go back into force.

A vote to reinstate an Obama rule to limit methane emissions is “a major, major, victory for those of us who want to deal with global warming, and in a very strong way,” Senate majority leader Chuck Schumer said on Tuesday. @CoralMDavenport https://t.co/anyho8FTuT