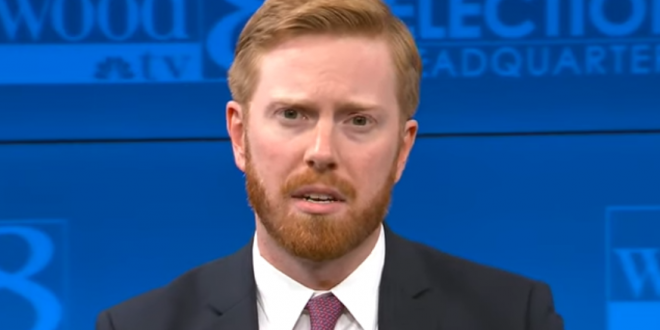 Republican Rep. Peter Meijer has a warning for his party: He fears baseless conspiracy theories like QAnon will destroy the GOP from within if Republicans don’t decisively and unequivocally condemn the false and dangerous beliefs and take action to stop their spread.

“The fact that a significant plurality, if not potentially a majority, of our voters have been deceived into this creation of an alternate reality could very well be an existential threat to the party,” Meijer, who was one of 10 House Republicans who voted to impeach former President Donald Trump for inciting the deadly attack at the US Capitol, told CNN in an interview.

Read the full article. After his vote to impeach Trump, Meijer said he bought body armor to protest himself from the murderous red hats.

I spoke with Republicans disturbed by QAnon and calling for the GOP to reject conspiracy theories. @RepMeijer told me: “It’s important to not let the record go uncorrected” but “it’s something I definitely do at my peril, both politically and otherwise.” https://t.co/iRwxDpDXf3

Riggleman believes a major problem right now is that there’s a strong “contingent of GOP voters who have completely lost themselves in the rabbit hole of conspiracies, disinformation and grievance politics…”https://t.co/T3ksOvnvLy