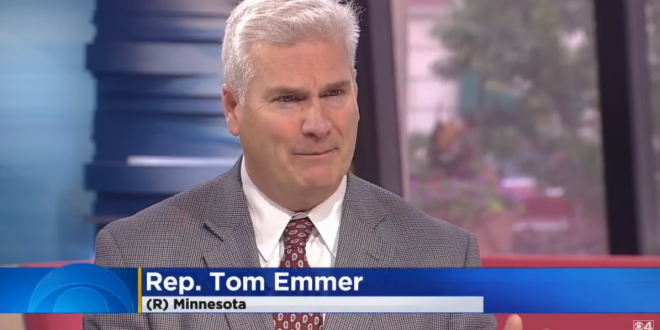 Republican Congressional Committee Warns Donors: Give Today Or We Will Tell Trump You’re A “Defector”

The National Republican Congressional Committee (NRCC) homepage currently includes a prechecked recurring donation box, which if unchecked, will allegedly force the committee to tell Donald Trump that “you’re a DEFECTOR” and have sided with the Democratic party.

“We need to know we haven’t lost you to the Radical Left,” reads the statement alongside the prechecked box. “If you UNCHECK this box, we will have to tell Trump you’re a DEFECTOR & sided with the Dems. CHECK this box and we can win back the House and get Trump to run in 2024.”

For starters, Donald Trump has not started a new social media site yet, he’s just talked about it.

And if we learned anything from Infrastructure Week, the Trump healthcare plan, The Great, Beautiful Wall That Mexico Paid For, and his sacred landslide re-election victory, it’s that vaporware is Trump’s primary product.

But even if Trump Social does come into existence, the NRCC—which is a Republican party committee not affiliated with Donald Trump—would have no operating control or ability to sign people up for this private enterprise.

PHOTO: NRCC chairman Rep. Tom Emmer, a once-regular face on JMG for his 2010 anti-LGBT run for Minnesota governor, which won the financial support of hate groups like NOM.

This is the NRCC’s homepage prechecked donation box right now.