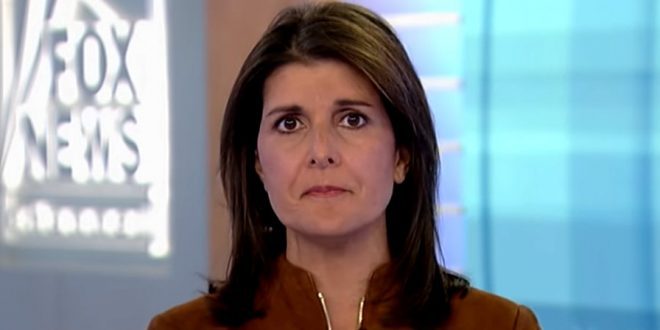 SPOTTED: NIKKI HALEY in Miami meeting with Mayor FRANCIS SUAREZ at City Hall. The sitdown was arranged with the explicit goal of allowing Haley to gauge the 43-year-old Republican as a potential running mate in 2024, according to a source familiar with the huddle.

Suarez, a rising star in Florida politics, is Cuban American and an influential voice with the largest bloc of conservative Hispanic voters in the battleground state. Cuban Americans shifted hard right during the Trump era as Democrats struggled with the embrace of “socialism” by the left wing of their party.

Another source told us that while a joint ticket wasn’t explicitly discussed, it hung over the entire conversation. An intriguing sidenote: Suarez is known to have a chilly relationship with Gov. RON DESANTIS, another 2024 White House hopeful and favorite of DONALD TRUMP.

Spotted: Nikki Haley and Miami Mayor Francis Suarez meeting with the explicit goal of allowing Haley to gauge the 43-year-old Republican as a potential running mate in 2024 https://t.co/4jgLPDqzW0