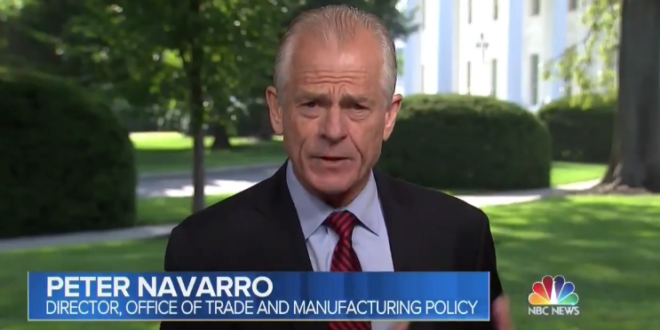 A top adviser to former President Donald Trump pressured agency officials to reward politically connected or otherwise untested companies with hundreds of millions of dollars in contracts as part of a chaotic response to the COVID-19 pandemic, according to the early findings of an inquiry led by House Democrats.

Peter Navarro, who served as Trump’s deputy assistant and trade adviser, essentially verbally awarded a $96 million deal for respirators to a company with White House connections. Later, officials at the Federal Emergency Management Agency were pressured to sign the contract after the fact, according to correspondence obtained by congressional investigators.

Documents obtained by the House Select Subcommittee on the Coronavirus Crisis after a year of resistance from the Trump administration offer new details about Navarro’s role in a largely secretive buying spree of personal protective equipment and medical supplies.

🔍READ: Peter Navarro’s March 1, 2020 memo to President Trump warning of the urgent need to “STAY AHEAD OF VIRUS CURVE” and saying the Trump Admin’s response “is NOT fast enough,” by clicking on the images and going to: https://t.co/5qBHUAjtqR pic.twitter.com/HyukPRfTPK