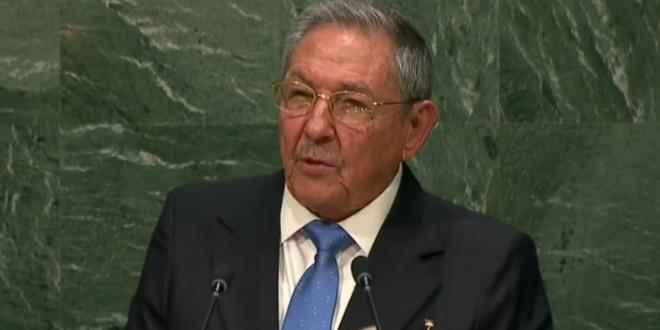 Raul Castro Steps Down As Cuba’s Leader At Age 89

Raúl Castro said Friday he was stepping down as chief of Cuba’s ruling Communist Party, leaving behind a demoralized country running on little except post-revolutionary fumes as it struggles with growing food shortages and rising discontent.

Mr. Castro’s retirement announcement, which came during a four-day party congress in Havana, marks a generational change as the old guard that took power with his older brother Fidel Castro in 1959 gives way to a younger generation of bureaucrats.

The 89-year-old is expected to be replaced by his handpicked successor, President Miguel Díaz Canel, a longtime party apparatchik.

The move, at Cuba’s Eighth Party Congress, will mark the first time since the 1959 communist revolution that a Castro will not hold one of the most powerful roles in Cuba’s government.

It also comes on the symbolic 60th anniversary of the failed Bay of Pigs, a CIA-led operation to use Cuban exiles in an invasion that sought to overthrow the communist regime.

The following year, American spy planes discovered evidence that Soviet-supplied, nuclear-armed missiles were being installed on the island — leading to a showdown between the U.S. and the Soviet Union that many historians regard as the closest the superpowers ever came to a full-scale conflict.

Fidel Castro led the revolution that toppled the Cuban government in 1959 and his younger brother Raúl was one of the commanders. Born on 3 June 1931 and educated at a Jesuit school in the Cuban capital, Havana, Raúl Castro went on to study economics at university in Havana, where he joined a communist youth group.

In 1953, he helped his older brother, Fidel, plan and execute a failed attack on the Moncada military barracks in Santiago de Cuba an attempt to oust Gen Fulgencio Batista.

He was sentenced to 13 years in prison for part in the attack but was granted an amnesty in 1955 and went into exile in Mexico. There, he befriended the Argentine revolutionary Ernesto “Che” Guevara and introduced him to Fidel Castro.

Raul Castro to step down as head of Cuba’s Communist party.

It marks the first time in 62 years that Cuba will not have a leader named Castro https://t.co/eiORL501Rk pic.twitter.com/h39pF3s9Bw