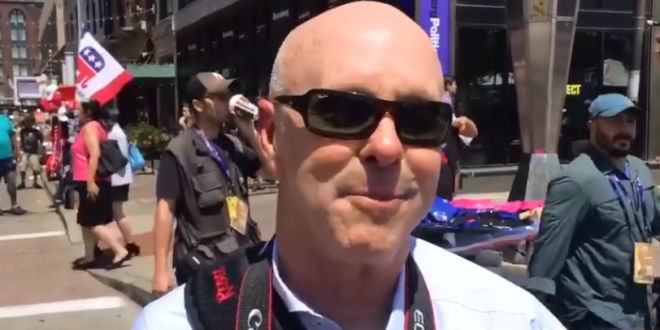 Omaha radio personality Chris Baker was fired Wednesday after posting an offensive tweet about the Derek Chauvin verdict. C. Taylor Walet III, area president/Nebraska for iHeartRadio, said Wednesday that Baker had been fired from KFAB that afternoon and that a statement would be forthcoming. Baker did not appear on air Wednesday, and his Twitter account had been shut down. Baker could not be reached for comment.

The statement from iHeart Radio:

We are aware of the completely inappropriate and unacceptable tweet that was posted late Tuesday afternoon. Please know that this does not represent our viewpoint or our values, and we take this situation very seriously. Accordingly, Chris Baker’s employment with our Company has been terminated.

This is a tweet that was posted then quickly deleted by Nebraska radio host @CBakerShow when the verdict was announced in the Derek Chauvin trial.

Racism like this is a FEATURE of conservative talk radio but they usually mask it with dog whistles.