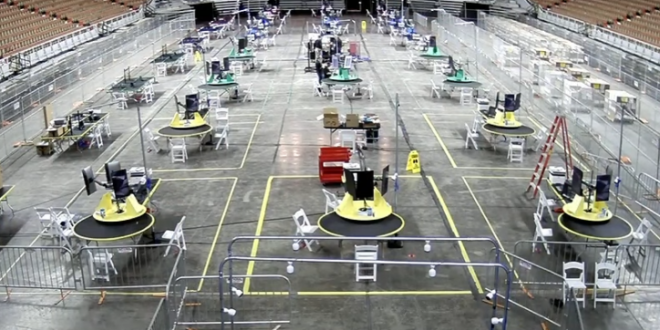 Lawyers for Cyber Ninjas, the Florida-based company the Arizona Senate hired to lead a recount of Maricopa County’s 2.1 million general election ballots, are asking a judge to keep secret its procedures for the recount and shut out the public as well as the press from a hearing in which the documents might be discussed.

Judge Christopher Coury asked the company on Friday to turn over its plans and procedures amid concerns about the security of the county’s ballots and voter privacy.

But the company argued on Sunday that filing the documents in court publicly would compromise the security of its recount. And it argued that the records include protected trade secrets.

Read the full article. So much for “transparency.”