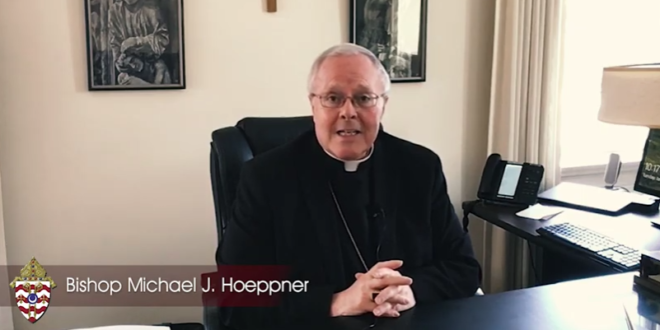 Via press release from Minnesota’s Diocese of Crookston:

It has been announced today that, after an extensive investigation, the Holy Father, Pope Francis, asked for, and has now accepted the resignation of Bishop Michael Hoeppner from the pastoral governance of the Diocese of Crookston.

The investigation which led to the acceptance of Bishop Hoeppner’s resignation arose from reports that he had at times failed to observe applicable norms when presented with allegations of sexual abuse involving clergy of the Diocese of Crookston.

The investigation was conducted pursuant to the motu proprio, Vos estis lux mundi, which had been promulgated by the Holy Father in mid-2019.

Ron Vasek, a former candidate for the permanent diaconate in the Diocese of Crookston, has publicly accused Bishop Hoeppner of pressuring him to recant an allegation of sexual abuse against Msgr. Roger Grundhaus, who had held leadership positions in the diocese.

Vasek claims that Msgr. Grundhaus sexually abused him in 1971 when he was a teenager, and that he told Bishop Hoeppner about the abuse in 2009 or 2010, while he was considering entering formation for the permanent diaconate.

He said that the bishop told him not to tell anyone about the abuse because it would hurt Msgr. Grundhaus’ reputation. Then, Vasek said, in 2015, Bishop Hoeppner asked him to sign a letter recanting the abuse allegation.