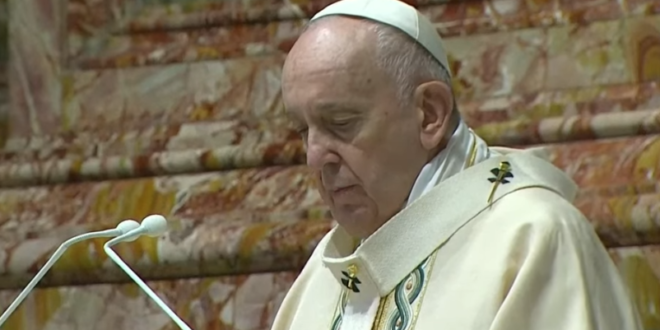 Pope Francis urged countries in his Easter message on Sunday to quicken distribution of COVID-19 vaccines, particularly to the world’s poor, and called armed conflict and military spending during a pandemic “scandalous”.

“The pandemic is still spreading, while the social and economic crisis remains severe, especially for the poor. Nonetheless – and this is scandalous – armed conflicts have not ended and military arsenals are being strengthened,” he said.

Francis, who would normally have given the address to up to 100,000 people in St. Peter’s Square, spoke to fewer than 200 in the church while the message was broadcast to tens of millions around the world.

Read the full article. When he last addressed the pandemic, Pope Francis declared that Satan was making it worse.