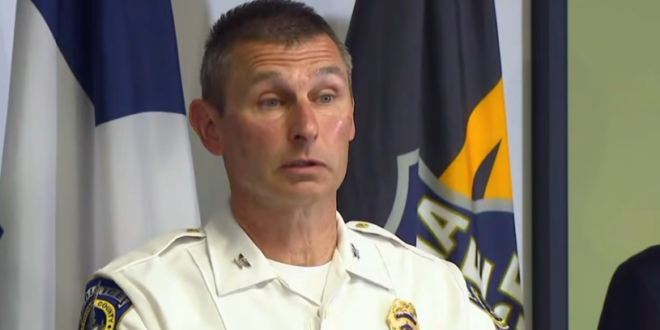 Police scoured a Fedex facility in Indianapolis and searched the suspected gunman’s home Friday looking for a motive for the latest mass shooting to rock the U.S., as family members of the eight victims spent agonizing hours awaiting word on their loved ones.

The shooter was identified as 19-year-old Brandon Scott Hole of Indiana, two law enforcement officials briefed on the matter told The Associated Press.

The investigators searched a home in Indianapolis associated with Hole and seized evidence, including desktop computers and other electronic media, the officials said. The officials could not discuss the matter publicly and spoke to the AP on condition of anonymity.

Authorities identified the suspect in a shooting at an Indianapolis FedEx facility as a 19-year-old Indiana man. https://t.co/dkLSqPucTr