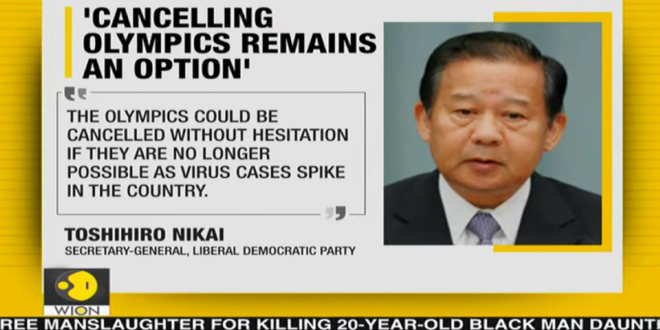 Official: Tokyo Olympics May Be Canceled Over COVID

The Olympic Games scheduled to be held in Tokyo this summer may have to be canceled depending on the coronavirus situation, a senior member of Japan’s ruling party said Thursday.

The remarks were the first public admission by the ruling party that cancellation or postponement were under serious consideration, though the challenges of holding the Games have become increasingly evident because of a worsening virus outbreak in Japan.

“I want the Games to succeed, but to do so there are a lot of issues that need to be resolved,” Liberal Democratic Party Secretary General Toshihiro Nikai said during a television interview. “If it seems impossible, it needs to be stopped.”