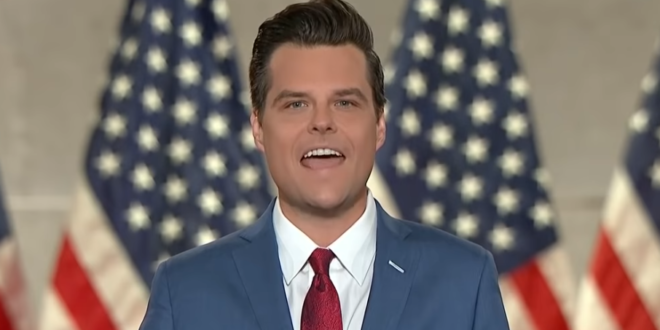 Representative Matt Gaetz, Republican of Florida, was one of President Donald J. Trump’s most vocal allies during his term, publicly pledging loyalty and even signing a letter nominating the president for the Nobel Peace Prize.

In the final weeks of Mr. Trump’s term, Mr. Gaetz sought something in return. He privately asked the White House for blanket pre-emptive pardons for himself and unidentified congressional allies for any crimes they may have committed, according to two people told of the discussions.

NEW: In the final weeks of the Trump administration, Matt Gaetz, who is under federal investigation for sex trafficking a minor, sought blanket pardons from the Trump White House for himself and congressional allies. w/@maggieNYT @npfandos https://t.co/V1Mrh3gy3q