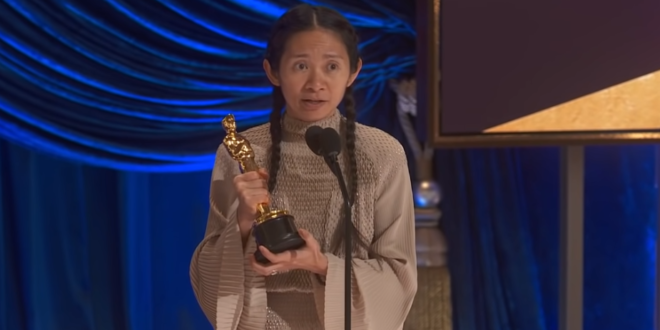 It was a sleepy event until the final minutes, when academy voters served up a dramatic twist ending: Anthony Hopkins, 83, won the best actor Oscar for “The Father,” beating out the late Chadwick Boseman (“Ma Rainey’s Black Bottom”), who was the runaway favorite going into the night.

Frances McDormand was named best actress for “Nomadland,” the third time she has won the award. “Nomadland” gave Searchlight Pictures its fourth best-picture prize in eight years, an astounding run unrivaled by any other specialty film company.

Read the full article. The complete list of winners is here.

Frances McDormand won her third best-actress award at the #Oscars for her performance in “Nomadland,” playing a widow who leaves her failed town for van life and meets other Americans in similar straits. https://t.co/WWwrSdNNjT