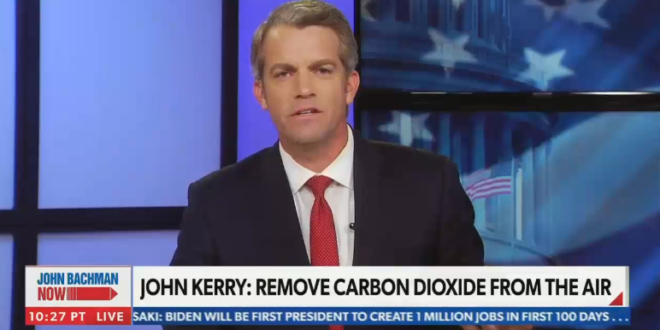 Newsmax Host: If We Take All The Carbon Dioxide Out Of The Atmosphere, How Will The Trees Make Oxygen?

“It sounds like a big challenge, because if we take all of the carbon dioxide out of the atmosphere, what are trees going to turn into oxygen?

“Those comments came after the administration announced that it would seek a 50 to 52% reduction in U.S. carbon emissions by 2030.

“Environmentalists say we should focus on cutting back carbon emissions and not pulling carbon out of the atmosphere.

“I don’t even know how you do that. You could start by stop taking these private planes.” – John Bachmann.