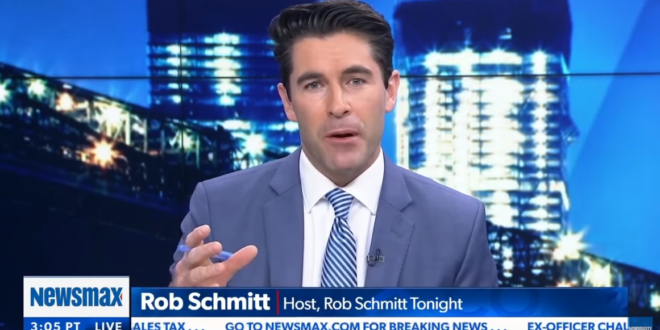 Newsmax Host: Chauvin Was “Sacrificed To The Mob”

“And I think at the end of the day people say, ‘You know what? If we acquit this guy, this city is going to burn to the ground.’

“So you had a jury that said, ‘You know what? We’re gonna have to sacrifice this guy to the mob.’ And that’s exactly what I think happened.” – Newsmax host Rob Schmitt.