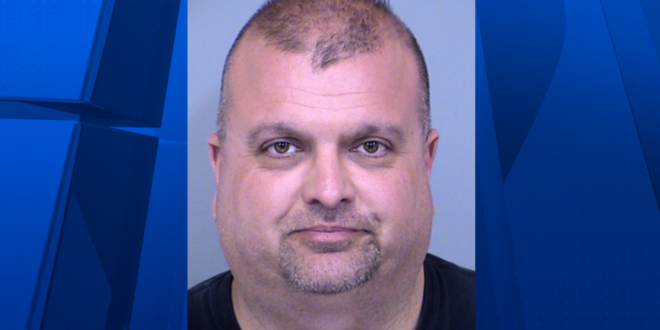 The leader of the National Socialist Movement, the largest Neo-Nazi group in the United States, was arrested in Chandler Monday.

Burt Colucci is accused of threatening to kill African Americans and pointing his gun at them. Colucci was in the Valley for the NSM rally over the weekend, which was a brief, uneventful march.

The Neo-Nazi group tried to provoke a confrontation with Black men by calling them racial slurs, but when it was clear they were not going to get their desired reaction, the group got in their cars and left.

Neo-Nazis in Arizona shout racist slurs while marching. Their leader was arrested on Monday for aggravated assault. pic.twitter.com/ViW6Rt9vvU

“Burt Colucci, commander of one of the United States’ oldest white supremacist groups, was arrested on Monday in a Phoenix suburb for pointing a loaded handgun at a Black man and threatening to kill him and his friends, according to police records.”https://t.co/ViiDAHZgFo pic.twitter.com/fAP8tuTRhB