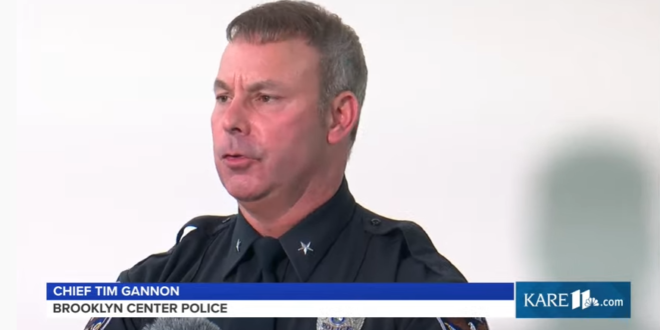 Police in a Minneapolis suburb where a Black man was fatally shot during a traffic stop say the officer who fired intended to use a Taser, not a handgun. Police Chief Tim Gannon described the shooting as “an accidental discharge.”

The man identified by relatives as 20-year-old Daunte Wright died Sunday in Brooklyn Center, a city of about 30,000 people on the northwest border of Minneapolis.

His death sparked violent protests, with officers in riot gear clashing with demonstrators into Monday morning.

Chief Tim Gannon of Brooklyn Center Police Department in MN says he believes the officer meant to pull out a taser when they shot Daunte Wright. “This appears to me, from what I viewed & the officer’s reaction in distress immediately after, that this was an accidental discharge.”

He says: “It is my belief that the officer had the intention to employ their taser, but instead shot Mr. Wright with a single bullet.” pic.twitter.com/pEFmc1tOh2