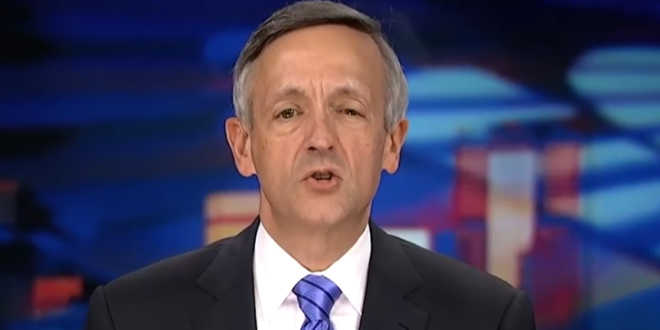 Robert Jeffress believes high-profile Christians are a special target of Satan. “First of all, nobody should rejoice in the downfall of another person. We should be praying for Jerry, his family, [and] for the Liberty University family as a whole,” Dr. Jeffress begins.

“Secondly, we need to remember that none of us is immune from falling into sin. In his crosshairs would be every Christian, but certainly those who have a public ministry and are well known by others,” he submits.

“We’re all joined together with other Christians, and when one Christian falls, it really does hurt the entire witness of Christ.”